Dear Turkish American Community
The Turkish Women’s League of America proudly presents.
Composer and pianist Bilge Günaydın Trio, which does not break away from the music of the lands where it grew up, but presents its melodies to universal standards, will be with us.
You can get tickets for our event at Drom on November 12, 2021 at https://dromnyc.com/#/events.
We will be very happy to see you among us.
Turkish Women’s League of America

Turkish Women’s League of America as the March 8 International Women’s Day, the guest of honor in the program that we have prepared to commemorate Turkey’s first pioneering women voicing their problems Journalist and author Mrs. Zeynep Oral With “Pen passed into woman hands” on the interview we also women’s issues, from experience, we talked about art.  It was very successful and beautiful.  Afterwards, we were touched by the live music that we longed for, with the live performance of the violonist Emily Kohn with Al Yazmam and Ah Istanbul and Liebeslied Songs.  You can access the registration of our program from the link below. https://youtu.be/ucaExKtOOuM

You are invited to our digital event that we have prepared to celebrate this beautiful day in memory of March 8, International Women’s Day .We will be very happy to see you with us on this meaningful day. Our honor guest , the journalist and writer Mrs. ZEYNEP ORAL , had a conversation with “When the pen is in the hands of the woman ” followed we are sure that you will have a good time accompanied by live classical violin music by Emily Kohn .

Our webinar, Mother Language Day Beyond Borders: Turkish and to celebrate the 50th anniversary of our New York Atatürk school has been presented successfully under the leadership of the American Turkish Women’s Association, and with the collaboration of ATAA and the Light Millennium org. International. Our guest of honor on this meaningful day was the source of pride for half a century and the pupil of our eye, The Republic of Turkey ‘s cultural monument, distinguished Muazzez İlmiye Çığ. In her speech, she firstly thanked the Atatürk school for teaching Turkish and Turkish culture in the United States for 50 years and the American Turkish Women’s Union, which is the administrator of the Atatürk school. She stated that the purpose of the establishment of the Ankara University Faculty of Language, History and Geography, which Atatürk founded and that she graduated from, was very wide, and even though the people spoke Turkish when Atatürk took Anatolia, they did not know that they were Turkish. She said that the Ummah lived in the consciousness of being an Ottoman, and that in the publications about Turks abroad, Turks were always mentioned as an underrated race. She stated that in the French book that Atatürk read to research the Turkish language under those conditions, he underlined that the Sumerian language was close to Turkish and that he took a note saying it was very important. She said that when Atatürk opened this Faculty, he kept its content as wide and rich as a university content, and that it included many departments such as Sumerology, Hittitology and Anthropology. She stated that at that time, people who knew how to teach were not in our country, fortunately, Jewish scientists who escaped from Hitler wanted to establish an association and seek asylum in countries, Atatürk learned about this situation when most countries did not accept the application of this association and invited all of them to our country and made them do their professions in our country. In this way, an educational campaign took place. She said that thanks to this campaign, a newly established 10-year-old country started to be heard everywhere, and that there were foreign academics who were not Jews but did came to participate. Very good teachers raised us. All kinds of opportunities were provided to the incoming academicians for their education.

Muazzez İlmiye Çığ stated that she was a primary school teacher and that she had gone to Ankara University Faculty of Turkish Language and Geography for once only to enrol with a friend upon the news that teachers were recruited because there was no other opportunity for higher education at that time, and there she learned that the department she wanted was full and that she enrolled to this department with the guidance of the people who were there without even knowing its name.  After her graduation, she worked at the Istanbul Ethnography Museum where she saw and examined real artifacts. She said that she developed her knowledge thanks to the teachers there, and that working there had an effect on her success today. She also said that after her retirement, she did her duty by writing books describing the relationship between Sumerians and Turks, as Atatürk wanted. She wanted generations to read their books and work hard to make new publications with new information inspired by them.

Afterwards, Sermin Özçilingir, President of the Turkish Women’s Union of America, made a speech. She expressed her happiness to celebrate the 50th anniversary of the Atatürk School with important names in the history of our Republic. She stated that language means more than a means of communication, and that each language is the carrier of the history and culture of the society speaking that language. He stated that the United Nations is celebrating February 21, the mother tongue day in order to highlight this and congratulated our school that teaches our language and culture to new generations in America today. Later, Atatürk School Principal Tülay Taşkent gave a speech. She thanked the people who took part in our Atatürk school through its establishment until this time, our graduates, the parents of our school, and our students and she stated that she has a total belief in that our Atatürk school will carry this torch for many years with a family philosophy.

We are honored by the participation of Sinan Meydan, who is our young generation cultural monument, writer and historian who is known for his research on the history of the Republic and Atatürk, who made the young people and all generations love history, as the main speaker of our program. He stated that it was really exciting for him to speak to the people in America from Turkey and to talk about Ataturk from Turkey in a program organized by Atatürk School in America. He stated that Kemalism can be realized not with words, but through action, as the American Turkish Women’s Union and Atatürk School do. He stated that, though not in writing, what Atatürk wanted most was to have a sustainable organization promoting our culture, language and art away from the country, and congratulated the Turkish Women’s Union of America (ATKB) and New York Atatürk School.

He stated that we always know Atatürk as the savior, that besides providing us with the title deed of Anatolian lands, he enabled us to create the identity of national consciousness. He emphasized that Atatürk enabled us to be individuals with the Republic, that in order to have a citizenship consciousness, he emphasized the right to vote and to be elected and the right to elect for women, but apart from that, he believed in the necessity of the development of national consciousness and established the Ankara Faculty of Language, History and Geography. He said that it could be said that the Republic has saved Turkish, and that as a result of the ruling over a large area in the Ottoman period, Turkish had been under the pressure of Arabic and Persian languages and it has been weakened since the palace administration did not pay attention. During the 600-year Ottoman period, the Turkish language was used by the public, but this kind of education was not given in schools. In his speech, he stated that language could be developed with art, science and books, and if these were not done, language would slow down and die. He stated that, thanks to the Republican revolution, Atatürk saved the Turkish language and uncovered Turkish history and writing. He said that by adopting our language and adapting to innovations but not losing its essence, we should protect the Turkish language by teaching it in schools and in this way, the Turkish language will progress further in the following years, and that we should not lose our hope. He underlined that we should always renew our memory so that language, history and culture are not lost and that he also has a book named “Hafız” regarding this issue. He also stated that the information should always be read from the right place.

More than 250 guests impressed us with their rich, extensive and deep knowledge and very effective speech.

The 1978 graduate of our Atatürk School, Ambassador Mr. Alper Çoşkun, the 1988 graduate of our school and now the parents of three of our students, Suzan Akyalı, and our student Cansu Eser, who graduated in 2015, spoke about their memories of their school days and how they enriched their lives by learning our culture and language. We listened to their sincere and emotional sppeches with great pleasure and we were proud of them.

On behalf of the American Turkish Association of Associations, with which we cooperate, 2021 term president Mr. Mazlum Koşma and the previous term president Mr. Gökhan Özalp contributed to our program by providing information about ATAA’s online application program with Başkent University on mother tongue.

Ms. Bircan Ünver, with whom we cooperated in the realization of the program, informed us about the beginning and history of the celebration of the Mother Tongue Day at the United Nations on February 21st. In addition, Ms. Bircan Ünver talked about our previous activities on mother tongue that we did together with the Light Millenium org. of which she is the chair. Apart from this, our suggestions on this subject as social associations, especially the goal of working together to include Turkish as the official language in the United Nations, were listened with interest by everyone.

Our program was watched by approximately 250 people. It was announced in the weekly news of the United Nations (UN News Letter) for two weeks before the start of our program on February 21.https://us16.campaign-archive.com/?u=e44de94794d9d2534e5d7f115&id=9efb5377ed

We express our endless gratitude to ATAA and The Light Millennium, who are members of the United Nations Global Communication Unit, with which we collaborated, and our honored guest Muazzez Ilmiye Cığ and our main speaker, Mr. Sinan Meydan.

You can watch the entire webinar from the link below – we recommend you not to miss it.https://www.youtube.com/watch?v=mw-xueKyiho&t=32s

Turkish Women’s League of America (TWLA), an applicant towards becoming member of the United Nations Department of Global Communication; in collaboration with, Assembly of Turkish American Associations(ATAA) and The Light Millennium(LM); Associated with United Nations Department of Global Communications, together proudly presents.

TWLA webinar will be held virtually through the Zoom application

You can reach to Press Release here. 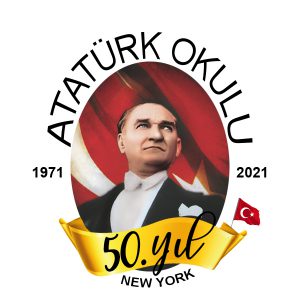 Turkish Women’s League of America (TWLA) was established and managed by voluntary Turkish women who adhere to Atatürk’s principles and the values of the Republic and adopt the national, moral, human, spiritual and cultural values of the Turkish Nation. Ataturk School New York, which started education with great efforts in 1971, continues its education and training in New York PS6 School (45 East 81st St.) with 7 classes and more than 100 students at kindergarten and primary school levels.